Volunteer Nonprofit Community Create a post
No social links are set.
4 years ago4 years ago
1
354views
46 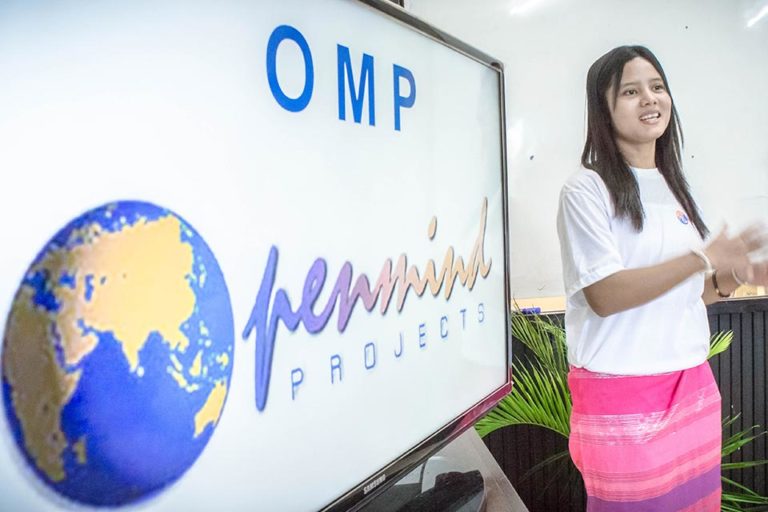 Trainees come to the Openmind Projects Training Center to develop their English, IT and other skills with the help of our volunteers and staff.  Many come from the projects we support including some who come first as campers in our Learning Camps. One such camper was Eizen Moe, who came to our camp in 2014 where she was the only Burmese speaker! She had already overcome many obstacles in her life and would overcome this one to stay on first as a trainee and now as Volunteer and Projects Coordinator on our staff.

Moe came from Myanmar to Thailand with her family when she was 3 years old. Life in Myanmar was difficult: “We don’t have a job. We don’t have money. Also, we have a farm but if we grow rice or beans we cannot sell anywhere like this. We don’t have money.” The government forced all the men in her village to work for the army, but her father left, walking to Thailand: “Before, no car. If he come by car soldier will see him, that why he walk. Maybe 7 days.”

“He make a friends with Hmong people and stay in the forest and after one year he will make a small house and he call the whole family to move to Thailand.“ The trip took them 3 days along winding mountain roads in a pickup truck with 16 people, so there was no room to sit down. “We not sit, only stand. Cannot sit because too many people.”

First she stayed with other Burmese refugees at 44 Kilometer village, in the mountains along the Thai-Myanmar border. The Burmese worked on the farms of the local Hmong farmers for 60 Baht (about US$2) a day . “When we was 9 years old we can go to work at the farm”; she joined them working in the fields from 7 a.m. to 5 p.m., making 30 Baht a day.

She started school when she was 12 years old in a school built for Burmese refugee families by her father, the first time the Burmese children had the chance to go to school. Before that “I cannot read my language or English.”

“My father think he have many children but also the village have like 150 people, Burmese people, but no school, and the children nobody study. My father he think and he build the house for the study and...he find the teacher.”

In her family only Moe and her younger brother went beyond primary school; of her other 5 brothers and sisters: “some in factory, some is farmer.”

From time to time soldiers came to the village, usually early in the morning: “they come like they make everybody wake up and sit”. Later, when she was 16, soldiers burned down the village (about 30-40 bamboo houses) to discourage permanent settlement of refugees and migrants, forcing her family to stay in the forest for a month.

“Because if village is very nice and also there are many other Burmese people are coming, coming I think Thai people or Hmong they afraid or I don’t know. The soldier they come to my village and they burn all the house. And we need to run on the forest. Everybody run. We cannot carry our clothes...  They burned all the house. Because our house is bamboo house, easy to burn... Just the Burmese people. Just people who are like a they don’t have a passport or they don’t have any, no paper.”

Then they moved to 42 Kilometer village, a Hmong village, where her father again built a school for the Burmese children. Several NGOs learned about her father’s work and began to support the school with clothes and food.

Moe’s father moved to Mae Sot town to work for one of the NGOs and she came when she was 17 to go to another school for refugee and migrant kids (Burmese, Karen, Muslim), entering at grade 5 and staying until grade 9. It was a big change for her: “very different. I cry every day. I call my, cause we stay at the dormitory... I call my father and I say I don’t want to stay. I want to, I don’t want to study more, I say.”

English classes were very difficult and very boring for her. They concentrated on learning vocabulary where the teacher “one day she teach like 30 or 40 vocabulary and we need to [gestures to write quickly]... My teacher they teach vocabulary and I don’t know the sentence, we copy.”

She had to memorize words but never practiced using them in sentences and never heard her teachers speak English. They focussed only on reading and writing. “I think when I was school I never talk each other. Only the reading and writing. And sometimes we do the story.” When asked if she understood English, she made a face and laughed!

She finished grad 9 (M3) when she was 18 and her teacher wanted her to stay on to become an English teacher herself, but she was not interested in English.

Going to university was not an option: “And also when I was school if I finish high school I cannot go to university in Myamnar or Thailand because I study at migrant school. We are migrant. Like a refugee.”

She wanted to go to Bangkok to work with her brother: “I think I go to work with my brother in Bangkok” in a “factory for the auto parts” because “you know, in Mae Sot we work only we got one day 80 baht or 50 baht, like this. When we go to work there we got like 300 Baht (US$10] per day.”

In April 2014 Moe was invited to the Larning Camp at the Openmind Training Center in Nong Khai, along with several other students from Mae Sot. Only when she joined them for the trip did she realize that there were no other Burmese students, only Thai and Karen!

“I think they are all Burmese, they can speak Burmese and here many people Burmese people. That’s why I come. If I know no Burmese people I cannot come because I cannot speak English and Thai, you know... On the bus the whole night I no sleep and nobody talk with me because if they talk I don’t understand... But I understand Karen a little bit they say, if I hungry I say in Karen.”

It was the same at the camp: no one spoke Burmese. “When I join the camp also that time is a little bit difficult. We have evening we have a English club, we practice to talk about ourself. I don’t know how to talk by myself, you know. It is very difficult.”

But she quickly made friends and everyone helped her so that by the end of camp she was “a little bit happy. If I don’t know the language but I have many friends because everybody teach me Thai...”.

After the camp Moe stayed at the Openmind Center with 4 other kids from Mae Sot. A few months later 2 sBurmese students came from her school in Mae Sot, so she decided to stay longer and become a trainee. She became motivated to learn English: “Because I have a friend and also they made me, like a, motivation, you know? I have, I want to learn more, I know it is not difficult...”

“When I was trainee, when I study English, it is very different, you know? Here if we present something. Before, me and Epyou and Kathy, she come from Canada, we go outside with the bicycle and the whole week and what we see, and then Friday we present what we see. But very easy, and make more remember.”

She also learned to use computers and the internet with the help of the other trainees.  “Before I don’t know the computer....Joy he teach me, and he say, Moe, this is Facebook, we can play like this like this, he teach me.”

Now Moe has learned to be a learner, to learn by herself. “But now is, you know, if I know how I can learn by myself, if for example like if Best he teach me computer a little bit like that, yeah, like Excel, Microsoft Office, Word, PowerPoint that’s, I learn by myself. Now if I don’t know I ask Best...”.

What about in 5 years, 10 years? “I don’t know [laughs]. But I still work at the NGO.” Why? “Because if you know, also you got money and also that you can, the same time you can help many people and also the same time you can learn many things, many different things....I know the learning way, how I make people want to learn more, like help, if, how I can help people to want to study more, you know.” 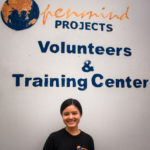 From Refugee Camp To Learning Camp 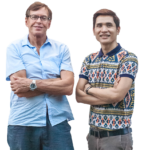 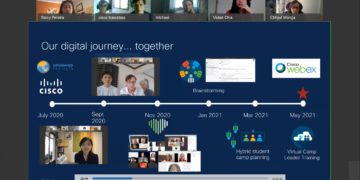 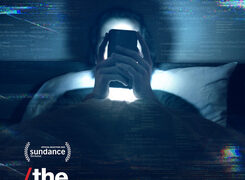 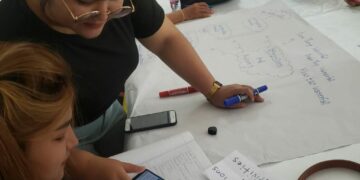 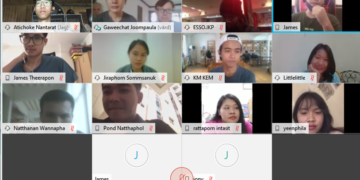